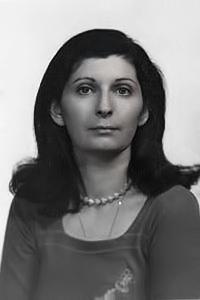 Bianca Pitzorno (Italian pronunciation: [ˈbjaŋka pitˈtsorno]; born 12 August 1942) is an Italian writer best known for her books for children and young adults. She is considered one of Italy's most important authors in that field.She was born in Sassari. She studied archaeology and classical literature and then began a career producing programs for television. She began writing books for girls when she was 28. She also writes plays, screenplays and lyrics for songs. Pitzorno lives and works in Milan.During the 1970s, she was head of children's programming for RAI television. Later, she worked on the children's television series L'albero azzurro ("The blue tree").Her books have been translated into many languages including French, German, Spanish, Greek, Polish, Hungarian, Korean and Japanese. Her children's stories blend contemporary reality with elements of magic.She has translated into Italian works by authors such as J. R. R. Tolkien, Sylvia Plath, David Grossman, Tove Jansson and Soledad Cruz Guerra.Pitzorno is a UNICEF Goodwill ambassador. She helped establish a library project in Cuba which makes literature in Italian and literature translated from Italian available to Cuban children. She also helps provide Cuban literature translated into Italian to youth in Italy.
Read more or edit on Wikipedia