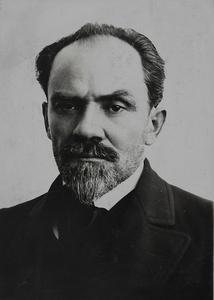 Stefan Żeromski ( [ˈstɛfan ʐɛˈrɔmski] (listen); 14 October 1864 – 20 November 1925) was a Polish novelist and dramatist belonging to the Young Poland movement at the turn of the 20th century. He was called the "conscience of Polish literature".He also wrote under the pen names Maurycy Zych, Józef Katerla, and Stefan Iksmoreż. He was nominated four times for the Nobel Prize in Literature.
Read more or edit on Wikipedia