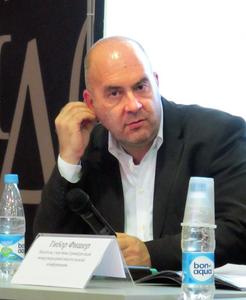 Tibor Fischer (born 15 November 1959) is a British novelist and short story writer. In 1993, he was selected by the literary magazine Granta as one of the 20 best young British writers while his novel Under the Frog was featured on the Booker Prize shortlist.
Read more or edit on Wikipedia