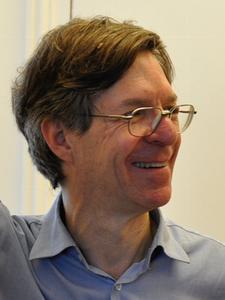 Alan David Sokal (; born January 24, 1955) is a professor of mathematics at University College London and professor of physics at New York University. He works in statistical mechanics and combinatorics. He is a critic of postmodernism, and caused the Sokal affair in 1996 when his deliberately nonsensical paper was published by Duke University Press's Social Text. He also works to counter faulty scientific reasoning, as seen with his involvement in criticising the critical positivity ratio concept in positive psychology.
Read more or edit on Wikipedia