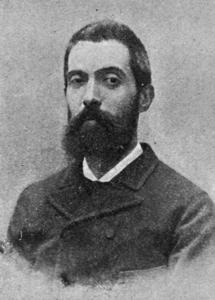 Emilio De Marchi (1851–1901) was an Italian novelist, known for his portrayals of Milan and Lombardy in the nineteenth century. Several of his works have been adapted for film and television including two 1940s films Giacomo the Idealist and The Priest's Hat.
Read more or edit on Wikipedia