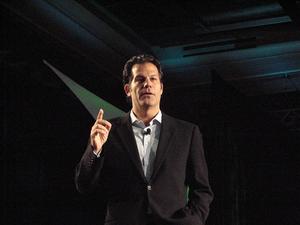 Richard L. Florida (born November 26, 1957, in Newark, New Jersey) is an American urban studies theorist focusing on social and economic theory. He is a professor and head of the Martin Prosperity Institute at the Rotman School of Management at the University of Toronto and a Distinguished Fellow at NYU's School of Professional Studies.Florida received a PhD from Columbia University in 1986. Prior to joining George Mason University's School of Public Policy, where he spent two years, he taught at Carnegie Mellon University's Heinz College in Pittsburgh from 1987 to 2005. He was named a Senior Editor at The Atlantic in March 2011 after serving as a correspondent for TheAtlantic.com for a year.
Read more or edit on Wikipedia