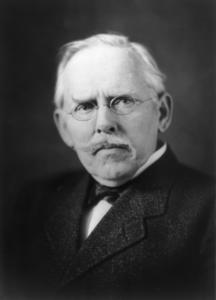 Jacob August Riis (; May 3, 1849 – May 26, 1914) was a Danish-American social reformer, "muckraking" journalist and social documentary photographer. He contributed significantly to the cause of urban reform in America at the turn of the twentieth century. He is known for using his photographic and journalistic talents to help the impoverished in New York City; those impoverished New Yorkers were the subject of most of his prolific writings and photography. He endorsed the implementation of "model tenements" in New York with the help of humanitarian Lawrence Veiller. Additionally, as one of the most famous proponents of the newly practicable casual photography, he is considered one of the fathers of photography due to his very early adoption of flash in photography. While living in New York, Riis experienced poverty and became a police reporter writing about the quality of life in the slums. He attempted to alleviate the bad living conditions of poor people by exposing their living conditions to the middle and upper classes.
Read more or edit on Wikipedia

The Children of the Poor: A Child Welfare Classic

A study of immigrant children in the slums of New York City and the need for social reforms during the Progressive Era. Includes stories about family life, orphans and outcasts, and child labor at the expense of an education. Illustrated. 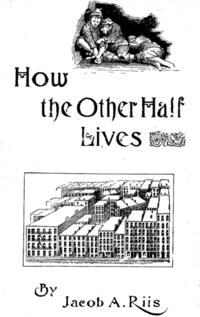 How the Other Half Lives

book by Jacob A. Riis