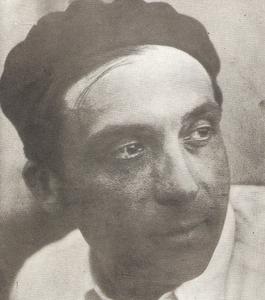 Pierre Reverdy (French: [ʁəvɛʁdi]; 13 September 1889 – 17 June 1960) was a French poet whose works were inspired by and subsequently proceeded to influence the provocative art movements of the day, Surrealism, Dadaism and Cubism. The loneliness and spiritual apprehension that ran through his poetry appealed to the Surrealist credo. He, though, remained independent of the prevailing "-isms", searching for something beyond their definitions. His writing matured into a mystical mission seeking, as he wrote: "the sublime simplicity of reality."
Read more or edit on Wikipedia