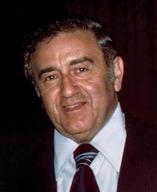 Jerome Siegel ( SEE-gəl; October 17, 1914 – January 28, 1996) was an American comic book writer. He is the co-creator of Superman, in collaboration with his friend Joe Shuster. Siegel and Shuster were inducted into the comic book industry's Will Eisner Comic Book Hall of Fame in 1992 and the Jack Kirby Hall of Fame in 1993. Siegel also used pseudonyms including Joe Carter and Jerry Ess. Source: Wikipedia (en)