Vilayanur Subramanian Ramachandran (born 10 August 1951) is an Indian-American neuroscientist. Ramachandran is known for his wide-ranging experiments and theories in behavioral neurology, including the invention of the mirror box. He is a Distinguished Professor in UCSD's Department of Psychology, where he is the director of the Center for Brain and Cognition. After earning a medical degree in India, Ramachandran studied experimental neuroscience at Cambridge, obtaining his PhD there. Most of his research has been in the fields of behavioral neurology and visual psychophysics. After early work on human vision, Ramachandran turned to work on wider aspects of neurology including phantom limbs and phantom pain. Ramachandran invented mirror therapy which is now used to treat amputees with phantom limb pain and also to help restore motor control in stroke victims with weakened limbs. Ramachandran's popular books Phantoms in the Brain (1998), The Tell-Tale Brain (2010), and others describe neurological and clinical studies of people with synesthesia, Capgras syndrome, and a wide range of other unusual conditions. Ramachandran has also described his work in many public lectures, including lectures for the BBC, and two official TED talks. Both his scientific research and his popularization of science have been recognized with multiple awards.
Read more or edit on Wikipedia 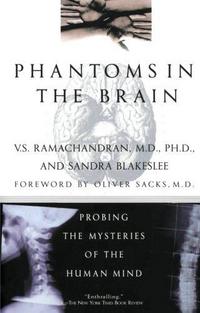 Phantoms in the Brain 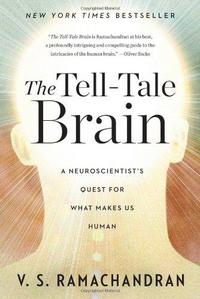 The Tell-Tale Brain: A Neuroscientist's Quest for What Makes Us Human 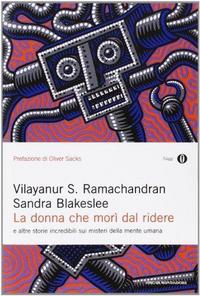 Hypotheses relating to the function of the claustrum ( 2012 )