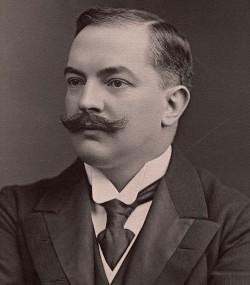 Thomas Robert "Tommy" Dewar, 1st Baron Dewar (6 January 1864 – 11 April 1930) was a Scottish whisky distiller who, along with his brother John Dewar, built their family label, Dewar's, into an international success. They blended their whisky to make it more appealing to the international palate and Dewar demonstrated particular skills in marketing, travelling the world to find new markets and promote his product, exploiting romantic images of Scotland and tartan in his advertising.
Read more or edit on Wikipedia