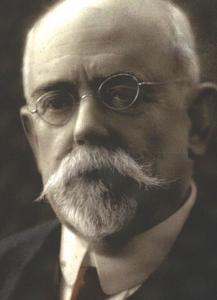 Francisco Pascasio Moreno (May 31, 1852 – November 22, 1919) was a prominent explorer and academic in Argentina, where he is usually referred to as Perito Moreno (perito means "specialist, expert"). Perito Moreno has been credited as one of the most influential figures in the Argentine incorporation of large parts of Patagonia and its subsequent development.
Read more or edit on Wikipedia