Maria V. Snyder (born April 15, 1973) is an American fantasy and science fiction author best known for her Study Series. Her first novel, Poison Study, was published on October 2005, won the 2006 Compton Crook Award for Best First Novel, and earned a starred review from Publisher's Weekly magazine. The next two books in the series are Magic Study and Fire Study, which continued to follow the adventures of Yelena and Valek. Snyder then released another trilogy of books, the Glass Series. following the character Opal Cowan from the Study Series. The books in the series are Storm Glass, Sea Glass and Spy Glass respectively. Many of the characters from the Study series are also involved in the Glass books. For this series, Snyder enjoyed using her Meteorology degree to create magicians called Stormdancers who can harvest energy from storms. Her environmental meteorology experience is most evident in her Insider Duology: Inside Out and Outside In. In this science fiction series, the people are living inside a giant metal cube and have lost track of what's outside their world. In order for the people to survive living inside a closed environment, Snyder used her knowledge of air scrubbers and waste-water treatment plants to create a world that is scientifically accurate. As a mother of two children, Snyder hates when her kids are sick and wishes she could heal them with a touch. This desire led to her Healer Series, where Avry of Kazan can heal people by touching them, however the injury or sickness transfers to Avry, who heals at an accelerated rate. The Healer Series has three books, Touch of Power, Scent of Magic and Taste of Darkness. In February 2015, Snyder returned to the main characters of the Study Series and released the first book of her next trilogy, the Soulfinder Series. The books in the series are Shadow Study, Night Study and Dawn Study. Her newest series is the Sentinels of the Galaxy Series. The first book, Navigating the Stars was published in December 2018. The second book, Chasing the Shadows is due out in December 2019, and the third, Defending the Galaxy is set for a December 2020 release. Aside from writing, her interests include "traveling, photography, making jewelry, playing the cello, and volleyball."
Read more or edit on Wikipedia 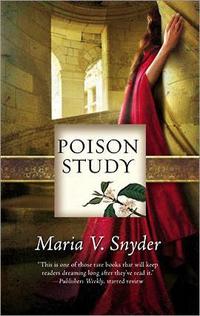