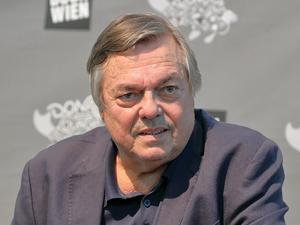 Drago Jančar (born 13 April 1948) is a Slovenian writer, playwright and essayist. Jančar is one of the most well-known contemporary Slovene writers. In Slovenia, he is also famous for his political commentaries and civic engagement. Jančar's novels, essays and short stories have been translated into 21 languages and published in Europe, Asia and the United States. The most numerous translations are into German, followed by Czech and Croatian translations. His dramas have also been staged by a number of foreign theatres, while back home they are frequently considered the highlights of the Slovenian theatrical season. He lives and works in Ljubljana.
Read more or edit on Wikipedia