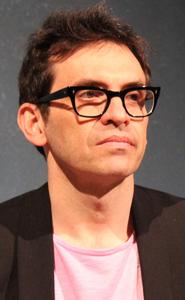 Nicola Lagioia (born 1973) is an Italian writer. Born in Bari, Lagioia debuted as a novelist in 2001 with Tre sistemi per sbarazzarsi di Tolstoj (senza risparmiare se stessi). With his novel Riportando tutto a casa he won several awards, including the 2010 Viareggio Prize. In 2013 and in 2014 he was among the film selectors of the Venice International Film Festival. In 2015 he won the Strega Prize with the novel La ferocia (a.k.a. "The ferocity").
Read more or edit on Wikipedia