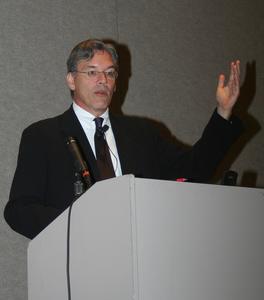 Robert X. Cringely is the pen name of both technology journalist Mark Stephens and a string of writers for a column in InfoWorld, the one-time weekly computer trade newspaper published by IDG.
Read more or edit on Wikipedia