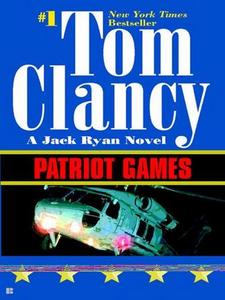 Patriot Games is a thriller novel, written by Tom Clancy and published in July 1987. It is the indirect sequel to Without Remorse, and is chronologically the first book featuring Jack Ryan, the main character in most of Clancy's novels. The novel focuses on Ryan being the target of Irish terrorist group Ulster Liberation Army for thwarting their kidnapping attempt on the Prince and Princess of Wales in London. It debuted at number one on the New York Times bestseller list. A film adaptation, starring Harrison Ford as Ryan, premiered on June 5, 1992.
Read more or edit on Wikipedia