Jenna Jameson (born Jenna Marie Massoli; April 9, 1974) is an American model, former pornographic film actress, businesswoman, writer, and television personality. She has been named the world's most famous adult entertainment performer and "The Queen of Porn".She started acting in erotic videos in 1993 after having worked as a stripper and glamor model. By 1996, she had won the "top newcomer" award from each of the three major adult movie organizations. She has since won more than 35 adult-video awards, and has been inducted into the X-Rated Critics Organization (XRCO) and Adult Video News (AVN) Halls of Fame.Jameson founded the adult-entertainment company ClubJenna in 2000 with Jay Grdina, whom she later married and divorced. Initially, a single website, this business expanded into managing similar websites of other stars and began producing sexually explicit videos in 2001. The first such movie, Briana Loves Jenna (with Briana Banks), was named at the 2003 AVN Awards as the best-selling and best-renting pornographic title for 2002. By 2005, ClubJenna had revenues of US$30 million with profits estimated at half that. Advertisements for her site and films, often bearing her picture, have towered on a 48-foot-tall billboard in New York City's Times Square.Jameson has also crossed over into mainstream pop culture, starting with a minor role in Howard Stern's 1997 film Private Parts. Her mainstream appearances continued with several guest-hosting and guest-starring on various television programs. Playboy TV hosted her Jenna's American Sex Star reality show, in which aspiring porn stars competed for a ClubJenna contract. Her 2004 autobiography, How to Make Love Like a Porn Star: A Cautionary Tale, spent six weeks on The New York Times Best Seller list.Jameson announced her retirement from pornography at the 2008 AVN Awards, stating that she would never return to the industry. Although she no longer performs in pornographic films, she has been working as a webcam model since 2013.
Read more or edit on Wikipedia 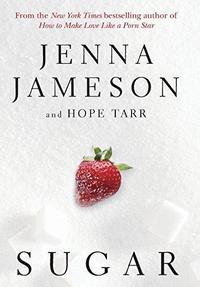