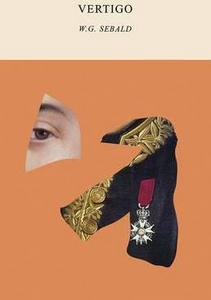 Vertigo (German: Schwindel. Gefühle.) is a 1990 novel by the German author W. G. Sebald. The first of its four sections is a short but conventional biography of Stendhal, who is referred to not by his pen name but by his birth name of Beyle. The second is a travelogue of two journeys made to the Alpine region by an unnamed narrator whose biography resembles Sebald's; an episode from the life of Casanova is also featured. The third describes a difficult period in the life of Kafka, referred to only as "Dr. K." And the fourth is a nostalgic recounting of the narrator's visit to his German hometown of "W," a rural village which he has seen nothing of for decades. Sebald makes notable use of leitmotif, such as sensations of dizziness as suggested in the title, and deceased persons lying covered on platforms. The novel functions along with Sebald's subsequent works The Emigrants and The Rings of Saturn as a trilogy. All three works were translated into English by Michael Hulse in partnership with Sebald.
Read more or edit on Wikipedia