Charles Romeyn Dake (December 22, 1849 – 1899) was a 19th-century American homeopathic physician and writer. He was an 1873 graduate of the Columbia University College of Physicians and Surgeons, and he practiced in Belleville, Illinois. In 1893 he became editor of the journal Homeopathic News. Dake published two short stories and one novel, A Strange Discovery, which is a sequel to Edgar Allan Poe's The Narrative of Arthur Gordon Pym of Nantucket. As an author, his name is sometimes spelled Charles Romyn Dake. In early 1899 he discovered that he had lung cancer and committed suicide.
Read more or edit on Wikipedia 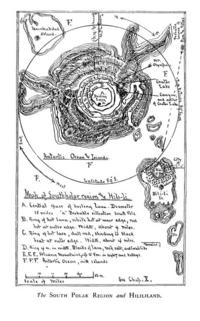