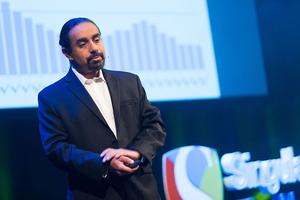 Ramez Naam is an American technologist and science fiction writer. He is best known as the author of the Nexus Trilogy. His other books include The Infinite Resource: The Power of Ideas on a Finite Planet and More than Human: Embracing the Promises of Biological Enhancement. He is currently co-chair for energy and the environment at Singularity University.Earlier in his life, Naam was a computer scientist at Microsoft for 13 years, and led teams working on Outlook, Internet Explorer, and Bing.
Read more or edit on Wikipedia