Charles H. Kraft (b. 1932 in Connecticut) is an American anthropologist, linguist, evangelical Christian speaker, and Professor Emeritus of Anthropology and Intercultural Communication in the School of Intercultural Studies at Fuller Theological Seminary in Pasadena, California, where he taught primarily in the school's spiritual-dynamics concentration. In the domain of religion, his work since the early 1980s has focused on inner healing and spiritual warfare. He joined Fuller's faculty in 1969. In the 1950s he served as a Brethren missionary in northern Nigeria. He has served as a professor of African languages at Michigan State University and UCLA, and taught anthropology part-time at Biola University. He holds a BA from Wheaton College, a BD from Ashland Theological Seminary, and a PhD from the Hartford Seminary Foundation, titled "A Study Of Hausa Syntax".In 1982, with fellow Fuller missions professor Peter Wagner, Kraft became an early proponent of the teaching and ministry models of John Wimber, and helped popularize the "Third Wave of the Holy Spirit", which Wimber's Vineyard Movement represented.
Read more or edit on Wikipedia 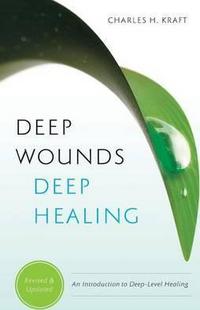