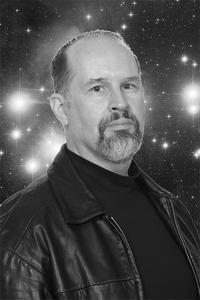 Timothy Zahn (born September 1, 1951) is an American writer of science fiction and fantasy. He is known best for his prolific collection of Star Wars books, chiefly the Thrawn series, and has published several other series of sci-fi and fantasy novels of his own original creation, in addition to many works of short fiction.
Read more or edit on Wikipedia