Esther Duflo, FBA (French: [dyflo]; born 25 October 1972) is a French–American economist, who is the Abdul Latif Jameel Professor of Poverty Alleviation and Development Economics at the Massachusetts Institute of Technology (MIT). She is the co-founder and co-director of the Abdul Latif Jameel Poverty Action Lab which was established in 2003. She shared the 2019 Nobel Memorial Prize in Economic Sciences with Abhijit Banerjee and Michael Kremer, "for their experimental approach to alleviating global poverty".Duflo is a National Bureau of Economic Research (NBER) research associate, a board member of the Bureau for Research and Economic Analysis of Development (BREAD), and director of the Center for Economic and Policy Research's development economics program. Her research focuses on microeconomic issues in developing countries, including household behavior, education, access to finance, health, and policy evaluation. Together with Banerjee, Dean Karlan, Kremer, John A. List, and Sendhil Mullainathan, she has been a driving force in advancing field experiments as an important methodology to discover causal relationships in economics. Together with Banerjee, she wrote Poor Economics and Good Economics for Hard Times, published in April 2011 and November 2019, respectively.
Read more or edit on Wikipedia 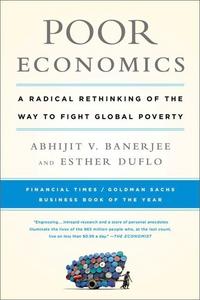 PUTTING A BAND-AID ON A CORPSE: INCENTIVES FOR NURSES IN THE INDIAN PUBLIC HEALTH CARE SYSTEM ( 2008 )

Bundling Health Insurance and Microfinance in India: There Cannot be Adverse Selection if There is No Demand. ( 2014 )

Being surveyed can change later behavior and related parameter estimates ( 2011 )