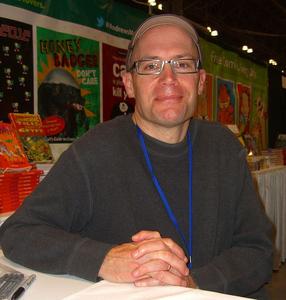 Lincoln Peirce (born October 23, 1963) (pronounced "purse") is an American cartoonist, best known as the creator of the successful Big Nate comic strip and as the author/illustrator of a series of Big Nate novels for young readers. He has also written a number of animated shorts that have appeared on Cartoon Network and Nickelodeon. Peirce is the creator of the animated series Big Nate, which premiered on the Paramount+ streaming service.
Read more or edit on Wikipedia