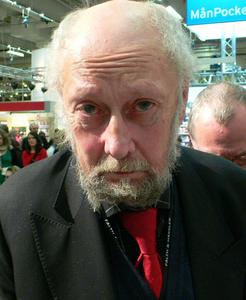 Gustav Torgny Lindgren (16 June 1938 – 16 March 2017) was a Swedish writer.Lindgren was the son of Andreas Lindgren and Helga Björk. He studied in Umeå to become a teacher and worked as a teacher until the middle of the 1970s. For several years he was active as a local politician for the Swedish Social Democratic Party. In the 1980s he converted to the Catholic faith. Lindgren began as a poet in 1965 but had to wait until 1982 for his breakthrough, with the novel The Way of a Serpent (Swedish: Ormens väg på hälleberget). Lindgren's work was translated into more than thirty languages and was one of Sweden's most internationally successful contemporary writers. He became a member of the Swedish Academy in 1991.
Read more or edit on Wikipedia