Aleksandr Gelyevich Dugin (Russian: Алекса́ндр Ге́льевич Ду́гин; born 7 January 1962) is a Russian political analyst and strategist known for his fascist views.He has close ties with the Kremlin and the Russian military, having served as an advisor to State Duma speaker Gennadiy Seleznyov and a leading member of the ruling United Russia party Sergei Naryshkin. Dugin was the main organizer of the National Bolshevik Party, National Bolshevik Front, and Eurasia Party. He is the author of more than 30 books, among them Foundations of Geopolitics (1997) and The Fourth Political Theory (2009).
Read more or edit on Wikipedia 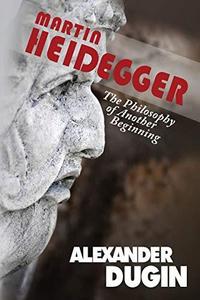 Martin Heidegger: The Philosophy of Another Beginning