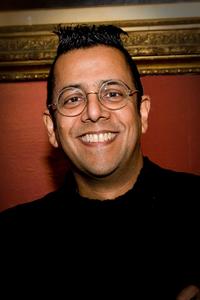 Simon Lehna Singh, (born 19 September 1964) is a British popular science author, theoretical and particle physicist whose works largely contain a strong mathematical element. His written works include Fermat's Last Theorem (in the United States titled Fermat's Enigma: The Epic Quest to Solve the World's Greatest Mathematical Problem), The Code Book (about cryptography and its history), Big Bang (about the Big Bang theory and the origins of the universe), Trick or Treatment? Alternative Medicine on Trial (about complementary and alternative medicine, co-written by Edzard Ernst) and The Simpsons and Their Mathematical Secrets (about mathematical ideas and theorems hidden in episodes of The Simpsons and Futurama). In 2012 Singh founded the Good Thinking Society, through which he created the website "Parallel" to help students learn mathematics. Singh has also produced documentaries and works for television to accompany his books, is a trustee of the National Museum of Science and Industry, a patron of Humanists UK, founder of the Good Thinking Society, and co-founder of the Undergraduate Ambassadors Scheme.
Read more or edit on Wikipedia