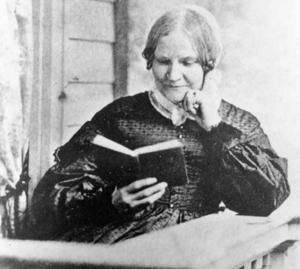 Lydia Maria Child (née Francis; February 11, 1802 – October 20, 1880), was an American abolitionist, women's rights activist, Native American rights activist, novelist, journalist, and opponent of American expansionism. Her journals, both fiction and domestic manuals, reached wide audiences from the 1820s through the 1850s. At times she shocked her audience as she tried to take on issues of both male dominance and white supremacy in some of her stories. Despite these challenges, Child may be most remembered for her poem "Over the River and Through the Wood." Her grandparents' house, which she wrote about visiting, was restored by Tufts University in 1976 and stands near the Mystic River on South Street, in Medford, Massachusetts.
Read more or edit on Wikipedia