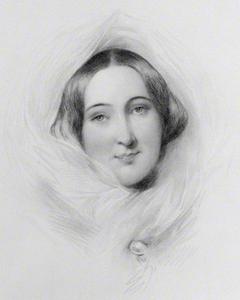 Rosina Bulwer Lytton (née Rosina Doyle Wheeler; 4 November 1802 – 12 March 1882) was an Anglo-Irish writer who published fourteen novels, a volume of essays and a volume of letters. In 1827 she married Edward Bulwer-Lytton, a novelist and politician. Their marriage broke up, and he falsely accused her of insanity and had her detained in an insane asylum, which provoked a public outcry. He was made a baronet in the 1830s and was raised to the peerage in 1866; although she had separated from her husband she used the title Lady Lytton. She spelled her married surname without the hyphen used by her husband.
Read more or edit on Wikipedia