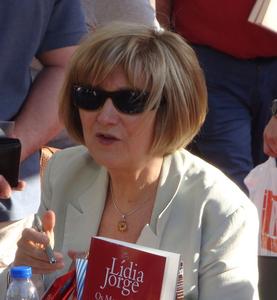 Lídia Jorge (born 18 June 1946) is a prominent Portuguese novelist and author whose work is representative of a recent style of Portuguese writing, the so-called "Post Revolution Generation". Her books have won international recognition and have been published in many countries. On 9 March 2021, Lídia Jorge was designated by the President of Portugal, Marcelo Rebelo de Sousa, to serve as a member of the Council of State.
Read more or edit on Wikipedia