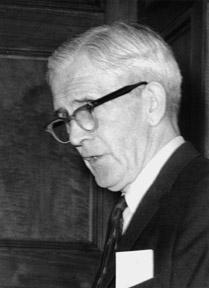 Henry DeWolf "Harry" Smyth (; May 1, 1898 – September 11, 1986) was an American physicist, diplomat, and bureaucrat. He played a number of key roles in the early development of nuclear energy, as a participant in the Manhattan Project, a member of the U.S. Atomic Energy Commission (AEC), and U.S. ambassador to the International Atomic Energy Agency (IAEA). Educated at Princeton University and the University of Cambridge, he was a faculty member in Princeton's Department of Physics from 1924 to 1966. He chaired the department from 1935 to 1949. His early research was on the ionization of gases, but his interests shifted toward nuclear physics beginning in the mid-1930s. During World War II he was a member of the National Defense Research Committee's Uranium Committee and a consultant on the Manhattan Project. He wrote the Manhattan Project's first public official history, which came to be known as the Smyth Report. On the AEC from 1949 to 1954, Smyth initially argued unsuccessfully against a crash course to develop the hydrogen bomb and in favor of international control of nuclear weapons, before switching to support of the weapon. Following the 1954 Oppenheimer security hearing, Smyth was the sole member of the commission to vote against stripping J. Robert Oppenheimer's security clearance. As IAEA ambassador from 1961 to 1970 he played an important role in the realization of the Nuclear Non-Proliferation Treaty. He received the Atoms for Peace Award in 1968 and the U.S. State Department's Distinguished Honor Award in 1970. The American Nuclear Society's award for "nuclear statesmanship", of which he was the first recipient, is named in his honor.
Read more or edit on Wikipedia 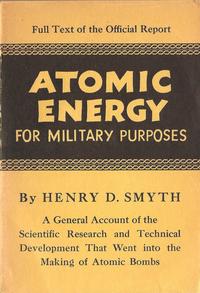 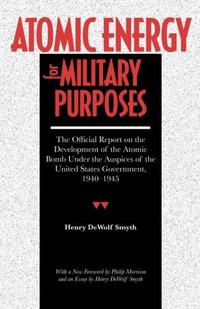