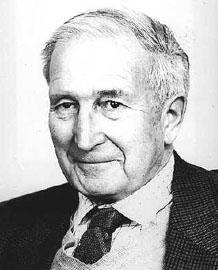 Antony Garrard Newton Flew (; 11 February 1923 – 8 April 2010) was an English philosopher. Belonging to the analytic and evidentialist schools of thought, Flew was most notable for his work related to the philosophy of religion. During the course of his career he taught at the universities of Oxford, Aberdeen, Keele and Reading, and at York University in Toronto. For much of his career Flew was known as a strong advocate of atheism, arguing that one should presuppose atheism until evidence suggesting a God surfaces. He also criticised the idea of life after death, the free will defence to the problem of evil, and the meaningfulness of the concept of God. In 2003 he was one of the signatories of the Humanist Manifesto III.However, in 2004 he changed his position, and stated that he now believed in the existence of an Intelligent Creator of the universe, shocking colleagues and fellow atheists. In order to further clarify his personal concept of God, Flew openly made an allegiance to Deism, more specifically a belief in the Aristotelian God, and dismissed on many occasions a hypothetical conversion to Christianity, Islam or any other religion. He stated that in keeping his lifelong commitment to go where the evidence leads, he now believed in the existence of a God.In 2007 a book outlining his reasons for changing his position, There is a God: How the World's Most Notorious Atheist Changed His Mind was written by Flew in collaboration with Roy Abraham Varghese. The book (and Flew's conversion to Deism) has been the subject of controversy, following an article in The New York Times Magazine alleging that Flew's intellect had declined due to senility, and that the book was primarily the work of Varghese; Flew himself specifically denied this, stating that the book represented his views; although he acknowledged that due to his age Varghese had done most of the actual work of writing the book.He was also known for the development of the no true Scotsman fallacy, and for his debate on retrocausality with Michael Dummett.
Read more or edit on Wikipedia