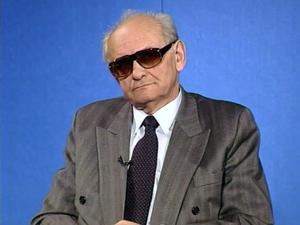 Andrzej Szczypiorski (pronounced [ˈandʐɛj ʂt͡ʂɨˈpjɔrskʲi] (listen); 3 February 1928 – 16 May 2000) was a Polish novelist and politician. He served as a member of the Polish legislature, and was a Solidarity activist interned during the military crackdown of 1981. He was a secret police agent in the 1950s.
Read more or edit on Wikipedia