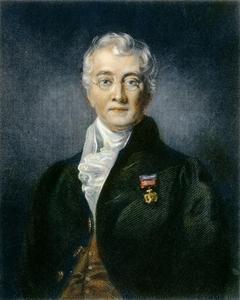 Sir Charles Bell (12 November 1774 – 28 April 1842) was a Scottish surgeon, anatomist, physiologist, neurologist, artist, and philosophical theologian. He is noted for discovering the difference between sensory nerves and motor nerves in the spinal cord. He is also noted for describing Bell's palsy. His three older brothers included Robert Bell (1757–1816) a Writer to the Signet, John Bell (1763–1820), also a noted surgeon and writer; and the advocate George Joseph Bell (1770–1843) who became a professor of law at the University of Edinburgh and a principal clerk at the Court of Session.
Read more or edit on Wikipedia

The Nervous System of the Human Body