Leda Cosmides (born May 1957) is an American psychologist, who, together with anthropologist husband John Tooby, helped develop the field of evolutionary psychology. Cosmides originally studied biology at Radcliffe College/Harvard University, receiving her BA in 1979. While an undergraduate, she was influenced by the renowned evolutionary biologist Robert L. Trivers, who was her advisor. In 1985, Cosmides received a PhD in cognitive psychology from Harvard. After completing postdoctoral work under Roger Shepard at Stanford University, she joined the faculty of the University of California, Santa Barbara in 1991, becoming a full professor in 2000. In 1992, together with Tooby and Jerome Barkow, Cosmides edited The Adapted Mind: Evolutionary Psychology and the Generation of Culture. She and Tooby also co-founded and co-direct the Center for Evolutionary Psychology. Cosmides was awarded the 1988 American Association for the Advancement of Science Prize for Behavioral Science Research, the 1993 American Psychological Association Distinguished Scientific Award for an Early Career Contribution to Psychology, a Guggenheim Fellowship and the 2005 National Institutes of Health Director's Pioneer Award.
Read more or edit on Wikipedia 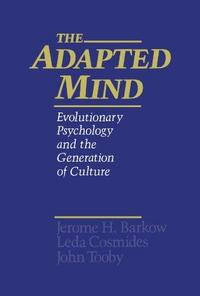