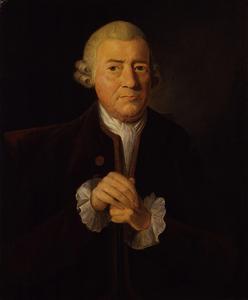 John Baskerville (baptised 28 January 1707 – 8 January 1775) was an English businessman, in areas including japanning and papier-mâché, but he is best remembered as a printer and type designer.
Read more or edit on Wikipedia