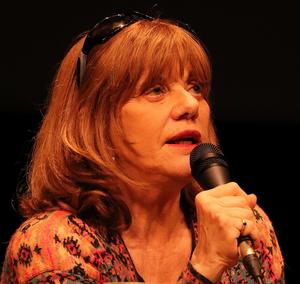 Elsa Osorio is an Argentinian novelist and film/television screenwriter. Osorio was born in Buenos Aires in 1953, and lived in Madrid, Spain, for 14 years before returning to Argentina in 2006. Osorio has been awarded Argentina's highest honor for literature, the Premio Nacional de Literatura (National Prize for Literature), and her work has also won the Argentores Award for Best Comedy Screenplay, the Humor Journalism Award, and an Amnesty International Award. She has also been a finalist for the Femina Prize (France). Her sixth novel, A veinte años, Luz (1998) has been translated into 20 languages; the English-language version, My Name is Light, was first published in 2003.
Read more or edit on Wikipedia