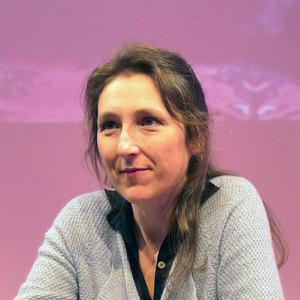 Marie Darrieussecq (born 3 January 1969, Bayonne) is a French writer. She is also a translator, and has practised as a psychoanalyst. Her books explore the unspoken and abandoned territories in literature. Her work is dense, marked by a constant renewal of genres and registers. She is published by the French publisher P.O.L. Her first book, Truismes (Pig Tales), published at the age of 27, the metamorphosis of a woman into a sow, was a worldwide success, with a circulation of more than one million copies in France and abroad, translated into forty languages. In 2013, she was awarded the Prix Médicis and the Prix des Prix for her novel Il faut beaucoup aimer les hommes (Men, A Novel of Cinema & Desire). In 2019, she held the biannual Writer-in-Residence's Chair at Sciences Po in Paris.
Read more or edit on Wikipedia