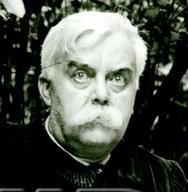 Léon Bloy (French pronunciation: ​[leɔ̃ blwa]; 11 July 1846 – 3 November 1917) was a French Catholic novelist, essayist, pamphleteer (or lampoonist), and satirist, known additionally for his eventual (and passionate) defense of Catholicism and for his influence within French Catholic circles. Source: Wikipedia (en)