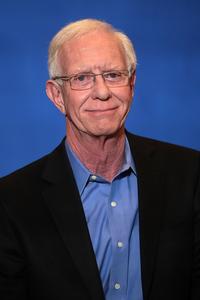 Chesley Burnett "Sully" Sullenberger III (born January 23, 1951) is an American retired Air Force fighter pilot and airline captain. He is best known for his role as pilot in command in the 2009 forced water landing of US Airways Flight 1549 in the Hudson River off Manhattan after both engines were disabled by a bird strike; all 155 people aboard survived. Sullenberger is a speaker on aviation safety and has helped develop new protocols for airline safety. He served as the co-chairman, along with first officer Jeffrey Skiles (his co-pilot during Flight 1549), of the Experimental Aircraft Association (EAA)'s Young Eagles youth introduction-to-aviation program from 2009 to 2013.Sullenberger retired from US Airways after 30 years as a commercial pilot on March 3, 2010. In May of the following year, he was hired by CBS News as an aviation and safety expert.Sullenberger is the co-author, with Jeffrey Zaslow, of the New York Times bestseller Highest Duty: My Search for What Really Matters, a memoir of his life and of the events surrounding Flight 1549, published in 2009 by HarperCollins. His second book, Making a Difference: Stories of Vision and Courage from America's Leaders, was published in May 2012. He was ranked second in Time's Top 100 Most Influential Heroes and Icons of 2009, after Michelle Obama.
Read more or edit on Wikipedia

Highest Duty: My Search for What Really Matters 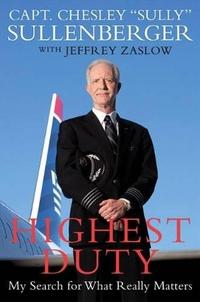 Pupillary size as an indicator of preference in humor ( 1978 )