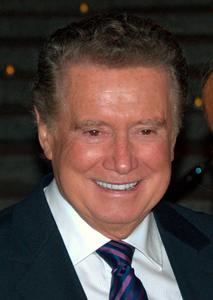 Regis Francis Xavier Philbin (; August 25, 1931 – July 24, 2020) was an American television presenter, talk show host, game show host, actor and singer. Once called "the hardest working man in show business", he holds the Guinness World Record for the most hours on U.S. television.After graduating from the University of Notre Dame, Philbin served in the U.S. Navy and got his television start serving as a page for The Tonight Show in the 1950s. He got his first network TV exposure in 1967 as Joey Bishop's sidekick on The Joey Bishop Show. He is most widely known as the co-host of the New York City-based nationally syndicated talk show Live! with Regis and Kathie Lee, starting in 1988, which became Live! with Regis and Kelly in 2001, and continued as Live! with Kelly after Philbin's departure in 2011.Philbin debuted and hosted the US version of Who Wants to Be a Millionaire, Million Dollar Password, and the first season of America's Got Talent.
Read more or edit on Wikipedia

Who Wants To Be Me? 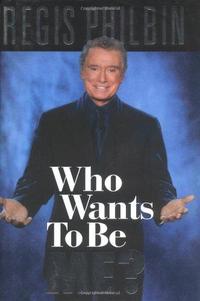 Who wants to be me?