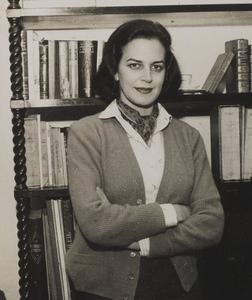 Lygia Fagundes da Silva Telles (née de Azevedo Fagundes; Portuguese pronunciation: [ˈliʒiə faˈɡũdʒis ˈtɛlis]; born April 19, 1923) is a Brazilian novelist and writer. Educated as a lawyer, she began publishing soon after she completed high school and simultaneously worked as a solicitor and writer throughout most of her career. She is a recipient of the Camões Prize, the highest literary award of the Portuguese language and her works have received honors and awards from Brazil, Chile and France. She was elected as the third woman in the Brazilian Academy of Letters in 1985 and holds Chair 16.
Read more or edit on Wikipedia