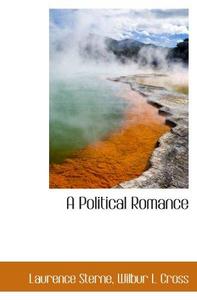 A Political Romance is a 1759 novel by Laurence Sterne, author of Tristram Shandy. The novel was the first work written by Sterne, and it can be labelled a roman à clef or a cronique scandaleuse, which were popular at the beginning of the 18th century. It can be considered a mock-epic allegory that describes a provincial squabble between a church-lawyer, an archbishop and a Dean, i.e. a "Lilliputian" satire on ecclesiastical politics in Sterne's York.
Read more or edit on Wikipedia