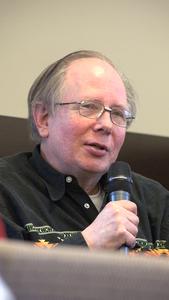 Howard Cruse (May 2, 1944 – November 26, 2019) was an American alternative cartoonist known for the exploration of gay themes in his comics. First coming to attention in the 1970s during the underground comix movement with Barefootz, he was the founding editor of Gay Comix in 1980, created the gay-themed strip Wendel during the 1980s, and reached a more mainstream audience in 1995 when an imprint of DC Comics published his graphic novel Stuck Rubber Baby.
Read more or edit on Wikipedia