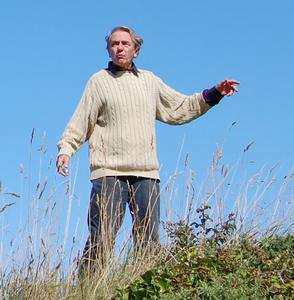 Jacques Rancière (French: [ʁɑ̃sjɛʁ]; born 10 June 1940) is a French philosopher, Professor of Philosophy at European Graduate School in Saas-Fee and Emeritus Professor of Philosophy at the University of Paris VIII: Vincennes—Saint-Denis. After co-authoring Reading Capital (1965) with the structuralist Marxist philosopher Louis Althusser and others, after witnessing the 1968 political uprisings his work turned against Althusserian Marxism, and he later came to develop an original body of work focused on aesthetics.
Read more or edit on Wikipedia