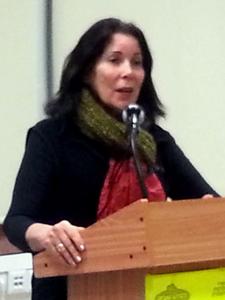 Savyon Liebrecht (Hebrew: סביון ליברכט; born 13 January 1948) is an Israel author. She was born in Munich, Germany, to Polish Holocaust survivors as Sabine Sosnowski, the eldest of three children. She emigrated to Israel in 1950. Liebrecht studied journalism in London, United Kingdom, for one year and received a baccalaureate from Tel Aviv University. In 1971, Liebrecht married, and in 1977 she had a daughter and, later, a son.
Read more or edit on Wikipedia

apples from the dessert