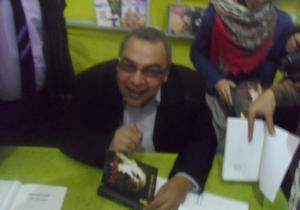 Ahmed Khaled Tawfik Farrag (10 June 1962 – 2 April 2018), also known as Ahmed Khaled Tawfek, was an Egyptian author and physician who wrote more than 200 books, in both Egyptian Arabic and Classical Arabic. He was the first contemporary writer of horror and science fiction in the Arabic-speaking world and also the first writer to explore the medical thriller genre.Tawfik is considered by many to have been one of the most influential writers of his time. His legacy has influenced thousands of Arabic-language authors.
Read more or edit on Wikipedia