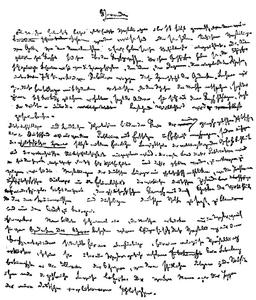 The German Ideology (German: Die deutsche Ideologie, sometimes written as A Critique of the German Ideology) is originally a set of manuscripts written by Karl Marx and Friedrich Engels around April or early May 1846. Marx and Engels did not find a publisher, but the work was later retrieved and published for the first time in 1932 by David Riazanov through the Marx-Engels Institute in Moscow. The first part of the book is an exposition of Marx's "materialist conception of history", though recent research for the new Marx Engels Gesamtausgabe (MEGA) indicates that much of the 'system' in this part was created afterwards by the Marx-Engels Institute in Moscow in the 1930s, from the set of manuscripts written by Karl Marx and Friedrich Engels. Much of the rest of the book consists of many satirical polemics against Bruno Bauer, other Young Hegelians, and Max Stirner's The Ego and Its Own (1844).
Read more or edit on Wikipedia