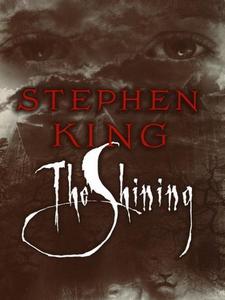 The Shining is a 1977 horror novel by American author Stephen King. It is King's third published novel and first hardback bestseller; its success firmly established King as a preeminent author in the horror genre. The setting and characters are influenced by King's personal experiences, including both his visit to The Stanley Hotel in 1974 and his struggle with alcoholism. The novel was adapted into a 1980 film of the same name. The book was followed by a sequel, Doctor Sleep, published in 2013, which was adapted into a film of the same name. The Shining centers on the life of Jack Torrance, a struggling writer and recovering alcoholic who accepts a position as the off-season caretaker of the historic Overlook Hotel in the Colorado Rockies. His family accompanies him on this job, including his young son Danny Torrance, who possesses "the shining", an array of psychic abilities that allow Danny to see the hotel's horrific past. Soon, after a winter storm leaves them snowbound, the supernatural forces inhabiting the hotel influence Jack's sanity, leaving his wife and son in incredible danger.
Read more or edit on Wikipedia